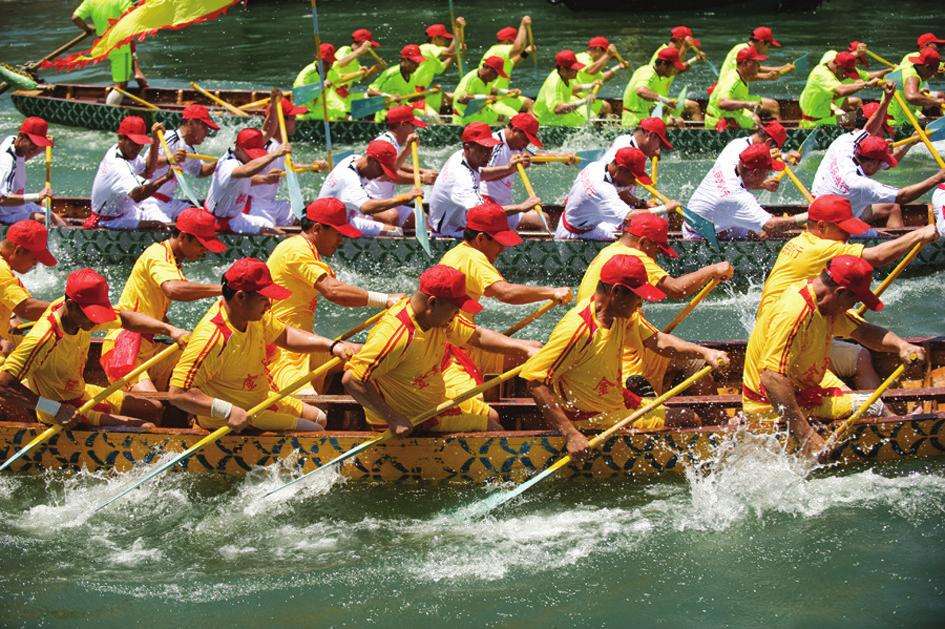 Hundreds of dragon boats compete in a race during the Dragon Boat Festival celebration. Photo was taken by Liang Jianhua.

A collection of photographs, selected from the Jiaxing Cup National Duanwu Culture Photography Exhibition in the past two years, present the traditions and customs of the Dragon Boat Festival celebrations in China.

The Duanwu Festival, otherwise known as the Dragon Boat Festival, was established in remembrance of Qu Yuan, a ministerial scholar and patriotic poet of the state of Chu during the Warring States period (475-221 BC).

Qu Yuan, who died by committing suicide in the Miluo River, was known as a good man. Shortly after he died, the local people, at the time of the event, threw food into the water to distract, and feed, the fish from eating Qu Yuan's body. They also sat on long, narrow paddle boats, known as dragon boats, making sound to scare away the fish.

The festival date, reckoned on the fifth day of the fifth month on the Chinese lunar calendar, falls on May 30 this year.

we are quite confident on offering guarantee on our product and services by emphasizing carbide cutting inserts and tools for modern industries.